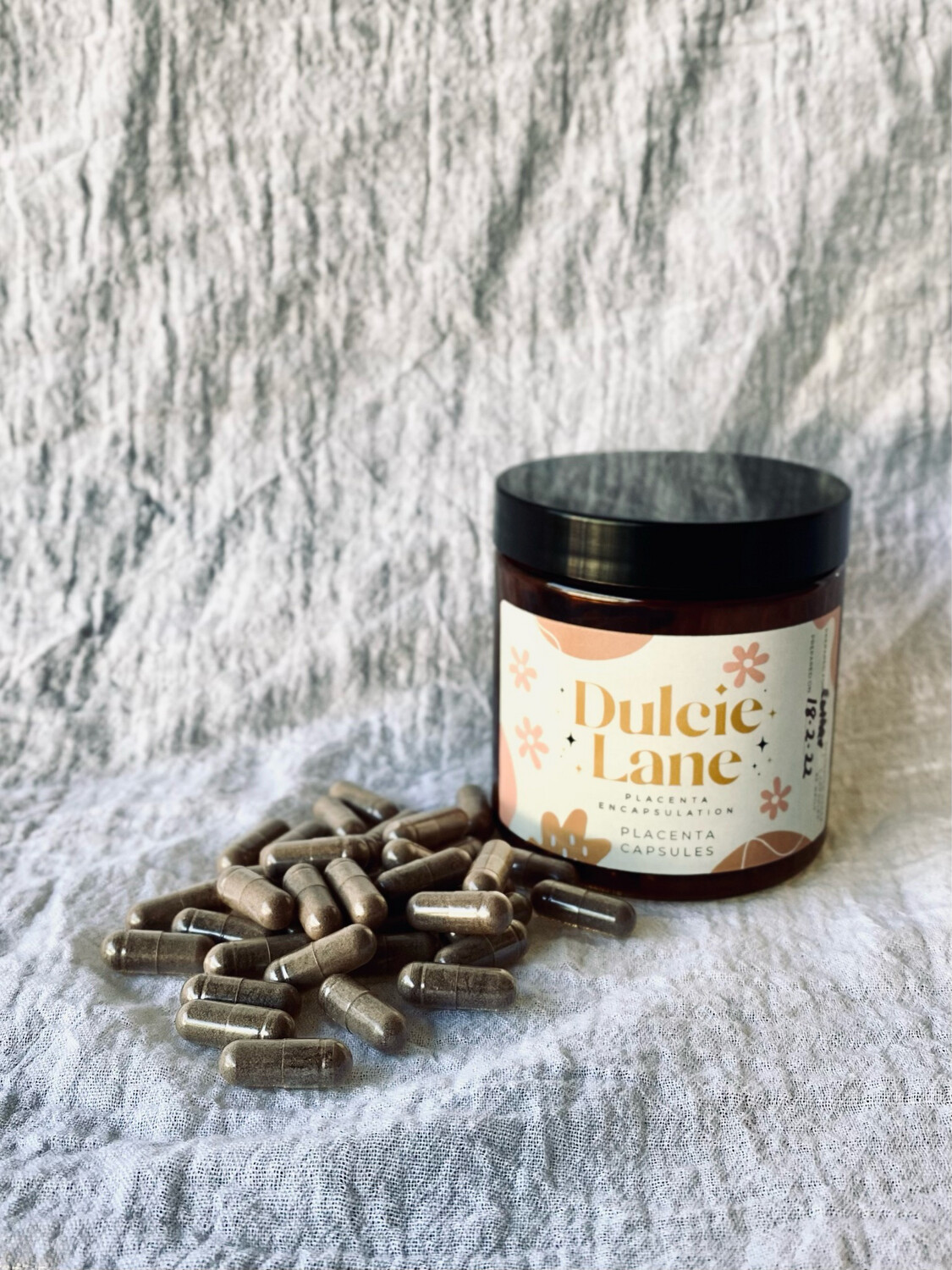 Placenta has been used in Traditional Chinese Medicine for centuries and has been featured in various editions of Chinese medical texts, including in the Materia Medica, as a herb known as 紫河車 or zǐ hé chē (ze, HEU, cheu). This text states that placenta warms the kidney channel, promotes qi absorption, supplements the essence, and nourishes the blood.

The theory of Traditional Chinese Medicine as it relates to childbearing women and the postpartum time, is that women are depleted of qi following birth because they lose some their own life essence in birthing a child into the world. The theory includes that people who have recently given birth can become infected by cold, so warming is key for them, both inside and out.

For the Traditional Preparation Method the placenta is gently steamed over a bath of fresh ginger and lemon, before being dehydrated into powder. It is said that these capsules help bring warmth back to the body for the mother that she has lost after birth and therefore assisting in her body’s re-balance, promoting an equal amount of yin (cold) and yang (warmth) once more. Steaming the placenta tempers the hormones it contains and allows for a more gentle reintroduction and reabsorption into the body over time.

For your postpartum period, ingesting your placenta in capsule form has been reported to have many benefits, including:

Save this product for later
Display prices in: AUD